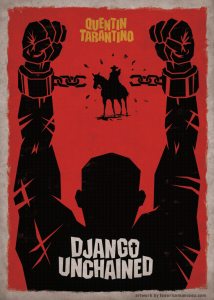 1. Django Unchained (Weinstein Company, @3,010 Theaters, 165 Minutes, Rated R): I, for one, admire Quentin Tarantino. He is one of the few directors who career developed right when I became interested in film, and I have been a fan from the very beginning. He is never afraid to wear his influences on his sleeve (and, his critics say, lift entire sequences from them to put in his films), and he weaves completely new works stitched together from genres and styles he likes.

This film is Tarantino’s take on the western, with a blaxploitation twisted added on to it. Jamie Foxx plays Django, a slave turned bounty hunter, who tries to rescue his wife from her owner, the vicious Calvin Candie (Leonardo DiCaprio). 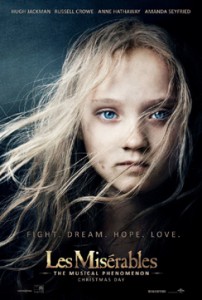 2. Les Miserables (Universal, @2,807 Theaters, 157 Minutes, Rated PG-13): Now, I have never read the book or seen the Broadway musical adapted from it, but from what I see of this film, it seems like the title is truth in advertising.

That’s just what you want to see over Christmas. Here’s something relentlessly bleak and gloomy! Happy holidays! 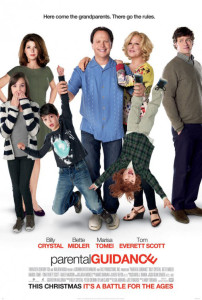 3. Parental Guidance (Fox, Wide Release, 104 Minutes, Rated PG): I have t0 say this. It might not be cool or hip, but I am a Billy Crystal fan, dating all the way back to his days as a stand-up comedian.

That being said, it is weird to see him in this role, his first starring role in a decade. I mean, Harry from When Harry Met Sally  and Mitch from City Slickers in a wacky family comedy? Man, that really makes me feel old. It probably doesn’t make Crystal feel young either, as he is playing a grandfather in this.

Hugh Jackman To Start A Worldwide Concert Tour In Summer 2019

Hugh Jackman returns to his musical theater roots in a summer concert tour of Europe and the U.S. [click for more]

Is KILL BILL: THE WHOLE BLOODY AFFAIR Finally Getting A Release?

We could be seeing Tarantino’s epic revenge tale in its originally planned configuration. [click for more]

The 70mm roadshow version of the film will be different from the version screening in multiplexes. [click for more]