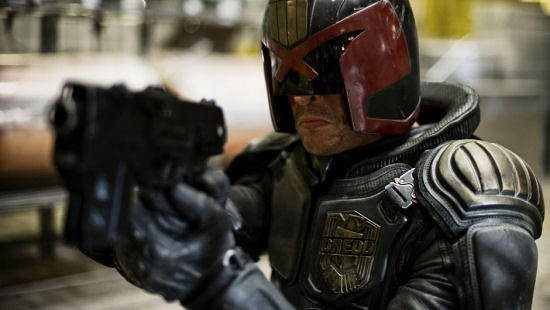 Will strong critical response and video sales make a stronger argument for a Dredd sequel than poor box office receipts argue against a follow up?

Karl Urban, who starred in the film as the titular futuristic law enforcer, seems to think so. Speaking with press (including Airlock Alpha), the actor stated that a sequel to last year’s film is not dead. Urban stated that he has spoken with the film’s writer/producer Alex Garland who stated that a sequel is a possibility.

It’s certainly my hope that we get to make more … clearly it has found an audience. The home video sales for Dredd just went through the roof. I think it sold 650,000 units in the first week.

It’s amazing how these things occurred. Not to compare it directly to ‘Blade Runner,’ but when ‘Blade Runner’ came out it was a film that didn’t necessarily do what you thought that it should have done at the box office. I feel the same way about ‘Dredd.’ The reviews were overwhelmingly fantastic … but for whatever reason it didn’t do the box office numbers that it should have.

The second time that the British comics character has been brought to the big screen, it is thought that many potential ticket buyers stayed away from the box office last year, remembering the terrible first time that Judge Dredd appeared in cineplexes in the form of a horrible 1995 film starring Sylvester Stallone. The film would only earn $36 million in ticket sales against it’s $45 million budget.

Urban suggests that if fans are vocal enough, it would help to prove that there is an audience for a Dredd 2.

Will it be enough to convince the powers that be to greenlight a sequel? We’ve seen similar things happen, so I wouldn’t totally discount the possibility.

Who is that up on the roof? [click for more]

Urban: There Have Been “Discussions” About A DREDD Sequel

Urban Says Possible DREDD Sequel Is “Not Off the Agenda”

It may be up to fans to tell producers that there is an audience for this. [click for more]