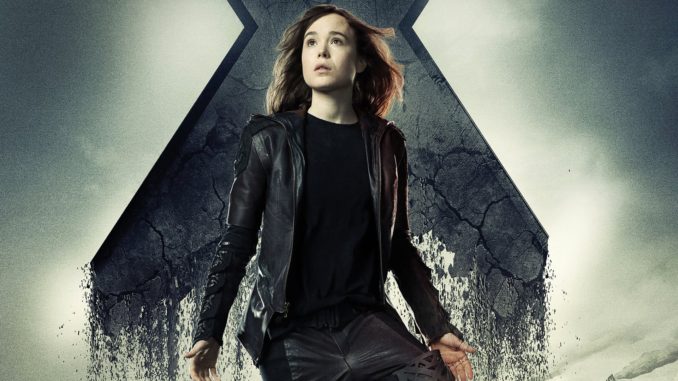 Tim Miller, director of 2016’s hit X-Men franchise spin-off Deadpool, is in now developing another character from the comic book property for their own solo adventure – Kitty Pryde. Collider is reporting that the director is working with studio 20th Century Fox to bring the young mutant superhero to the big screen. No other details, such as who may be writing this, have surfaced at this time.

For the uninitiated, Kitty Pryde is a mutant superhero who has the ability to “phase” or pass through solid objects such as walls, floors, etc. Although one of the youngest to join the superhero group, over time in the comics, Kitty grew from a shy girl unsure about her powers to a strong, confident leadership position on the team.

Alternately going by the codenames, Sprite, Ariel and eventually Shadowcat in the comics, Kitty Pryde has been a staple of the X-Men film franchise since its beginning. The character made small, cameo appearances in the first two X-Men films. For the third film in the franchise, X-Men: The Last Stand (2006), the character was moved to a more prominent role with Ellen Page cast in the role. Page and Pryde returned to the franchise for X-Men: Days Of Future Past (2014), whose extended cut featured a subplot for the character that was excised from the theatrical release.

It is not surprising that Fox is looking to develop a female character out of it’s stable of X-Men properties. Last year’s Wonder Woman was a huge hit for Warners and shattered the idea that the public wouldn’t be interested in a female led superhero film. Fox does have X-Men: Dark Phoenix in post-production for a release later this year, but that film will be more of an ensemble piece with Sophie Turner’s Jean Grey at the center of the story.

While Fox is in the midst of being bought out by Disney, there are regulatory issues that could be taking anywhere between 12 and 18 months to iron out. But until the time that the deal is finalized, the studio is still required to conduct business as usual, and that includes developing new feature films. If the purchase does go through, Disney would then decide if they wanted to give it a green light, continue developing the film or scrap the project altogether.

Miller does have a number of projects already on his plate. He is set to direct the next installment of the Terminator franchise, which may go before cameras later this spring or summer. He is also set to produce a film based off of the popular Sonic the Hedgehog videogame franchise.

About Rich Drees 6832 Articles
A film fan since he first saw that Rebel Blockade Runner fleeing the massive Imperial Star Destroyer at the tender age of 8 and a veteran freelance journalist with twenty years experience writing about film and pop culture.

The move of Wonder Woman 1984 back to 2020 has created such a vacuum on November 1, 2019 that two big name franchises have been pulled in to fill it. Collider is reporting that the [click for more]

Fan-favorite Kitty Pryde is getting her own film from the director of DEADPOOL and one of her writers in the comics. [click for more]

JOHN WICK co-director David Leitch is now in charge of the sequel to the hit snarky superhero comedy. [click for more]