The new releases bring us a Marvel king, a biblical king, and a stop-motion animation king. 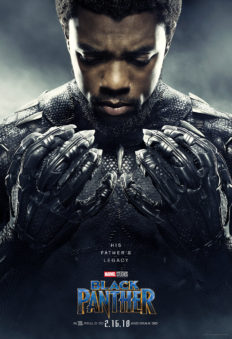 1. Black Panther (Disney, 4,020 Theaters, 134 Minutes, Rated PG-13 for prolonged sequences of action violence, and a brief rude gesture, Rotten Tomatoes Tomatometer at press time: 97% Fresh [283 Reviews]): Do I really have to say anything about this? Great reviews, great grosses so far, nothing I can say will stop this from being a hit.

Well, how about a plot description. Okay, T’Challa (Chadwick Boseman) returns to Wakanda to claims his throne. However, there is a challenger for it, Erik Killmonger (Michael B. Jordan). The struggle for the throne will decide Wakanda’s future–and the fate of the world.

I’m glad the film is a success. Hopefully, this will mean that Phase Four will take more chances with their character selection. 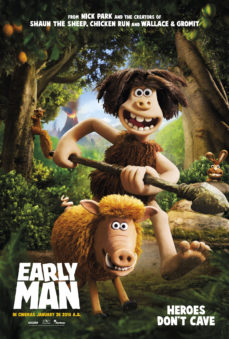 Yes, Tom Hiddleston voice the bad guy in this film. He plays the head of iron age kingdom that discovers a hidden stone age village nearby. He plans to destroy it but an inventive Stone Age man named Dug (Eddie Redmayne) wagers his tribe’s survival on a soccer game between the tribe and the iron age men.

Nick Park and Aardman are typically dead solid perfect. I can’t see this film’s audience being that much different that Black Panther’s, but it might eek out a successful run. 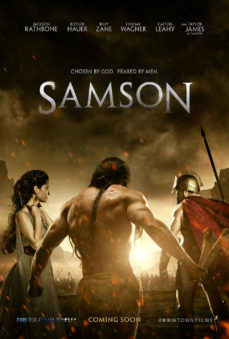 3. Samson (Pure Flix, 1,249 Theaters, 110 Minutes, Rated PG-13 for violence and battle sequences, Rotten Tomatoes Tomatometer at press time: 20% Fresh [10 Reviews]): Points to Pure Flix to making the trailer for this film look like a superhero movie. You know, like the one that’s going to destroy it in the box office this week.

If you are unfamiliar with your bible, Samson is the Jewish strongman who helps bring down the Philistines in biblical times. His strength is in his hair, and if that is cut, he loses his power. Enter the traitorous Delilah.

A usual, Pure Flix mixes unknown actors (Taylor James, anyone?) and reclamation projects (Billy Zane, Lindsay Wagner) to make as cheap a film they can. The film is going to get crushed at the box office, but that probably won’t stop it from making a profit.

Next week, the New Releases will include games, romance and the end of the world. Come back again.

There’s a glaring omission over at Disney+. [click for more]

New releases include KNOWING, I LOVE YOU, MAN and DUPLICITY. [click for more]

Coronavirus-related travel concerns are keeping showrunner Tony Gilroy from traveling to London for the shoot. [click for more]