If there is one constant in Hollywood, it’s that money gets things done. So, if we want some idea where Hollywood is going in the future, we have to look at the highest grossing films of 2018. What secrets do they hold? What truths do they tell? Let’s find out.

Below is the list of the top ten domestic grossing films of 2018, courtesy of Box Office Mojo (captured 1/1/19):

So, what does this tell us? 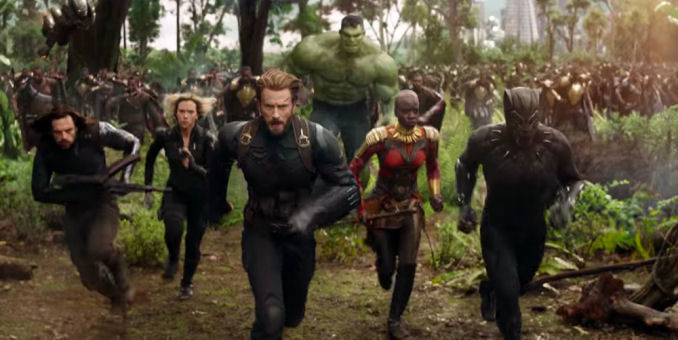 Six out of the ten films in the top ten films featured superheroes. Seven if you want to stretch the definition of a superhero to include Solo. That’s a lot. And that number might not change all that much in 2019.

Films often reflect the times and the societies they are viewed in. During the Great Depression, screwball comedies, Three Stooges shorts and the antics of the Marx Brothers took people’s minds off of their uncertain financial situations. In the 70s, when the crime rate was high, moviegoers flocked to antiheroes such as Clint Eastwood’s Dirty Harry and Charles Bronson in Death Wish to fight crime in way they never could.

There is a lot of cynicism in the world today. A lot of what would be our real life heroes turn out to be rapists, abusers, murderers or on the take. It’s natural for people to look towards the big screen for the heroism they find lacking in their every day lives. Maybe when there are worthy heroes in real life, the superheroes of the movies will fall out of favor. But until then, Avengers Assemble. 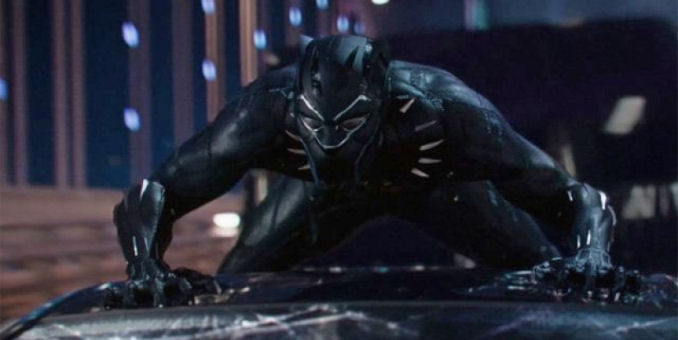 Both movies had diverse creators both in front of and behind the cameras. Both made a lot of money (Crazy Rich Asians came in in the Top 20) and both set up franchises for their respective studios. Black Panther actually broke records. You can’t have that kind of success if there isn’t a market for films featuring people of color.

There is a certain subsection of the Internet that doesn’t want films made, starring or marketed to minorities. They feel they are forcing these movies on a public that doesn’t want them. The grosses for these films tell a different story.

3. Some concepts can support many repeat visits 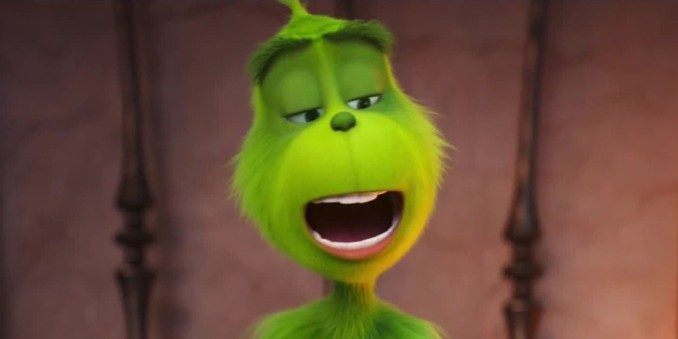 Let’s talk about The Grinch, both the character and the film.

The Grinch has been around since 1955. He has been adapted into a TV cartoon by himself, a cartoon where he shared the screen with The Cat in the Hat, a puppet TV show with other Dr. Seuss characters, a Broadway musical and a live-action 2000 film starring Jim Carrey. It would appear that we had hit peak Grinch.

That said, I didn’t think The Grinch CGI animated film would do any business at all. I was completely wrong. It made enough cash to make the Top Ten for the year after only being released on 11/9. That’s impressive.

So if you ever wonder why studios keep making films featuring Robin Hood and King Arthur, this is why. However, just because some characters are evergreen like the Grinch (no pun intended), it doesn’t mean they all are.

4. The Force might not be as strong as we once thought 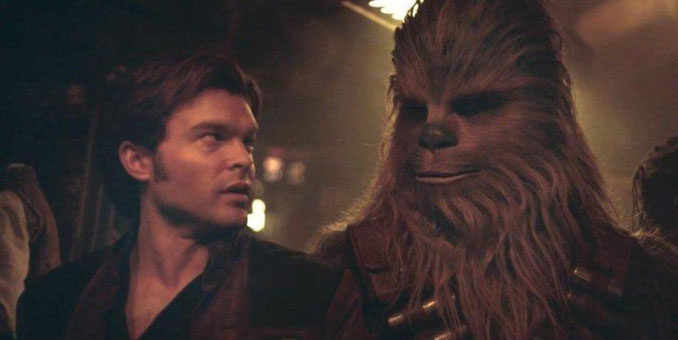 Last year, I stood in amazement over how much box office power the Star Wars franchise had. What a difference a year makes.

Solo: A Star Wars Story, even with the film ranking at #9 domestically, was a humongous flop. There was a lot of reasons for it, many we will discuss later on, but it shows that the Star Wars franchise was not infallible.

This seemed to rock Disney, who slowed development on the long line of Star Wars films it had in the pipeline as a result of the failure. Now we have to wait and see if the next Star Wars film will be able to restore luster to the franchise or not.

Part the reason why Solo failed is due to its performance overseas. All the modern Star Wars films did as well, if not much better, overseas. The Force Awakens made over a billion dollars overseas all by itself. Solo only earned $179 million overseas, around $30 million less than its $213 million domestic gross.

If you went on just domestic grosses, many of the films in the top ten would be disappointments in relation to budgets. It was the overseas grosses that made Avengers: Infinity War a $2 billion movie and Black Panther, Jurassic World: Fallen Kingdom and Incredibles 2 $1 billion films. If you don’t have a film that travels well, you don’t have a hit on your hands.

6. The lessons of JUSTICE LEAGUE are lost on Hollywood

Also last year, I commented on how Warners bumping up the budget on Justice League with reshoots made it harder for the film make its money back. The studio brought in a new director to take over the reigns on the film from a rumored to be fired director. The new director reshoots a sizeable percentage of film, including a costly CGI patch job to remove a mustache. The studio didn’t change the release date to accommodate the reshoots.

Flash-forward to Solo: A Star Wars Story. The studio brings in a new director to take over the reigns on the film from fired directors. The new director reshoots a sizable percentage of the film, including recasting a role to replace an actor who had a conflict with the reshoots. The studio didn’t change the release date to accommodate the reshoots.

Each situation is not exactly same, of course, but the similarities are stunning. Hollywood fails to learn that audiences picks up on chaos during production. It knows when directors are fired. It know when reshoots go beyond the previously scheduled ones. They know that that kind mess doesn’t result in great films. If you are a studio that pours money into a situation like that, don’t expect a billion dollar return from that investment.

7. The true Mission: Impossible– the longevity of the franchise 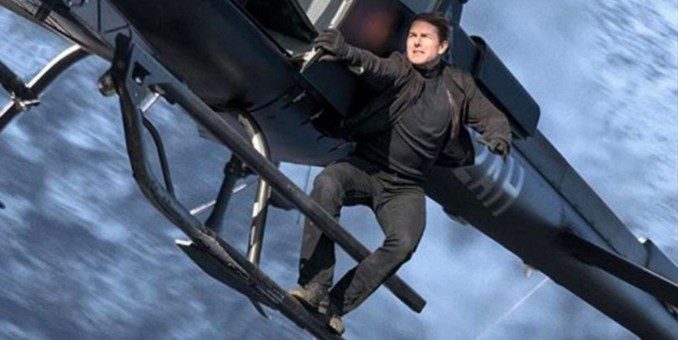 The first Mission: Impossible film hit over two decades ago, back in 1996. The franchise’s lead, Tom Cruise, is pushing 60. Yet its latest installment earned the franchise’s highest worldwide gross in its history.

When most franchise are lucky if they can reach their third installment, Mission: Impossible is on its sixth and still going strong. That is truly amazing as is worth mentioning. 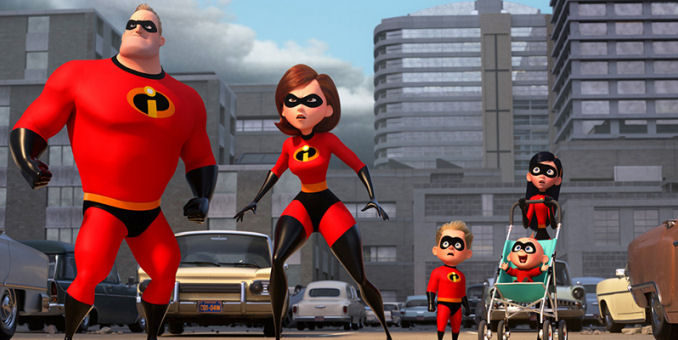 For the second year in a row, the Top Ten list is composed of sequels, adaptations and reboots. The first original concept comes in at #14 with A Quiet Place. The next original concept hits at #35 with Night School.

This is nothing new. A majority of the films in any given year are sequels, adaptations and reboots. That’s because audiences like to spend money on things that were familiar to them. They like a familiar character whose adventures they can continue to follow.

This doesn’t leave a lot of room for original films to become major hits. In a perfect world, the new films would rule and the sequels would be trying to break into the Top Ten. But studios will keep making films that have the best shots of making them money. So originality takes a back seat. 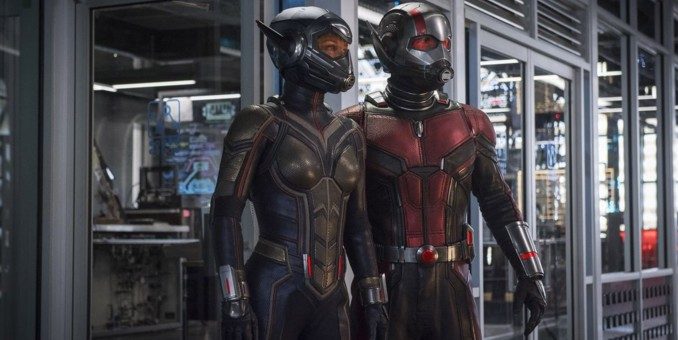 Marvel Studios is in the enviable position off being able to do no wrong. Their big films become the fodder or water cooler talk. Their lesser films are good, their great films are classics. Their new films set records. All their films make a profit.

You might have haters who pick nits at Marvel films. But you have to be in awe of their success. You get the feeling that they could take any character from Marvel, no matter how obscure or how lame, and make a hit movie out of them.

Will it ever end? Everything ends eventually. But it looks like the great run Marvel has will continue for years and years to come. 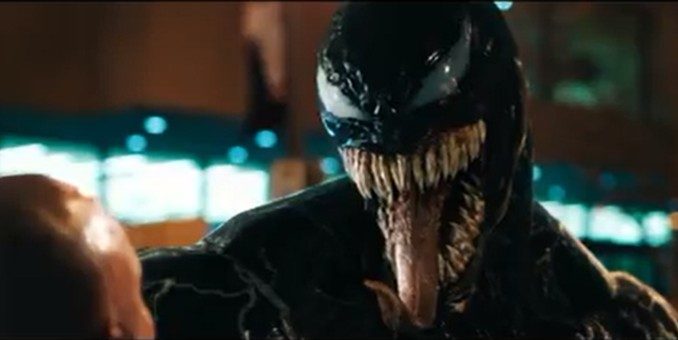 Every year, there are highly anticipated films that get lambasted by the critics and don’t do as well at the box office as they should have. Fans and critics wish that the makers the films would spend more time and effort making their films better so they could make more money.

But that’s the funny thing. This year proves that you don’t need great reviews to be successful. Venom is 28% fresh at Rotten Tomatoes, Jurassic World: Fallen Kingdom is 48% fresh and The Grinch is at 58% fresh. All are on that Top Ten list up above.

This is the weird way the box office works. Solo: A Star Wars Story gets 70% fresh, and draws a smaller grosses than other Star Wars films because of the chaos during production. Still in the Top Ten but viewed as a flop. Venom received far less favorable reviews, did a comparable business in the U.S., but rocked the worldwide grosses. Solo might be the better film, but Venom was the more successful.

This is part of the reason why studios dump money into bad projects. Because there are bad projects that make a lot of money. But the audience is more forgiving to bad movies that are cleanly made than bad movies that were messes in production. But, regardless, as much as we would like only great films to make the most money, sometimes stinkers go all the way to the bank.

Joseph Gordon-Levitt May Be Playing Batman In JUSTICE LEAGUE

Suddenly the end to DARK KNIGHT RISES takes on a much bigger importance. [click for more]

Jon Hamm could be back as the titular investigative reporter of some repute if things go well. [click for more]