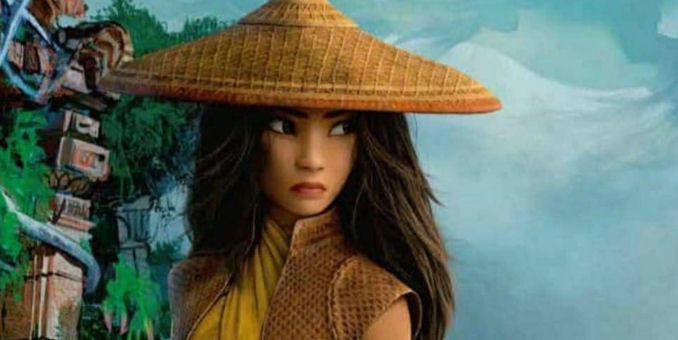 Disney will be premiering its latest animated film, Raya And The Last Dragon, both theatrically and as a premium offering on its Disney+ streaming service on the same date, March 12.

The release strategy is similar to the one that the studio used for its release of its live action film Mulan this past September. The fantasy film is directed by Don Hall and Carlos López Estrada and tells the story of a young girl who goes on a quest to find… well, the last dragon left in the land.

The announcement was made during the company’s annual Investors Call in which the company rolled out a number of announcements for projects coming in 2021.

While Disney may be saying that the move is strictly due to the coronavirus pandemic limiting the audience that a film can reach within a traditinal theatrical relase, that isn’t really the case. EPart of the theme of this evening’s Investors Call was the company’s push towards directly getting their product to consumers, i.e. prioritizing streaming over theatrical distribution.

Due to the coronavirus pandemic, Disney has already moved a number of their films that were originally scheduled for a theatrical release to their streamer including Hamilton, Artemis Fowl and the Pixar project Soul, which is set for a Christmas Day release.

If you were waiting for Disney Animation to get their hands on some Marvel Characters, your wait might be over. [click for more]

A small paragraph in a theoretical article causes a stir. [click for more]

The head of Marvel Studios, Kevin Feige, released a volume of information on the studio’s upcoming television series for Disney+. [click for more]