As director David Ayer’s Suicide Squad has been location shooting in Toronto, numerous set photos an videos have popped up online, with seemingly a number of spoilers for the upcoming movie. But if you think that too much about the movie has been revealed by virtue of the viewable by the public production rest assured that is not the case.

Over the weekend Ayer announced via twitter that we haven’t seen anything yet.

Well we survived the streets. Time to go dark now. Remember, only the tiniest glimpse has been exposed. Our surprises are intact.

Over the past couple of weeks, pictures have surfaced showing various cast members in action, including one character who still hasn’t been officially acknowledged as being in the film. And yes, as that one seems to be a pretty big spoiler, we’re not mentioning who it was here. However, if Ayer is calling this just a “tiniest glimpse,” then it should be interesting to see what else he has up his sleeve for the movie.

Based on the DC Comics series where supervillains are recruited by the government to perform dangerous black ops missions, Suicide Squad stars

Suicide Squad stars Will Smith as Deadshot, Joel Kinnaman as Rick Flagg, Margot Robbie as Harley Quinn, Jai Courtney as Captain Boomerang, Cara Delevingne as Enchantress, Karen Fukuhara as Katana, Adewale Akinnuoye-Agbaje as Killer Croc, Jay Hernandez as El DIablo, Adam Beach as Slipknot, Viola Davis as Amanda Waller and Jared Leto as the Joker. Ike Barinholtz, Scott Eastwood, Raymond Olubowale, Alex Meraz, Jim Parrack and Common also appear in the film, though their roles have not yet been revealed. Perhaps those are some of the “surprises” Ayer was referring to. 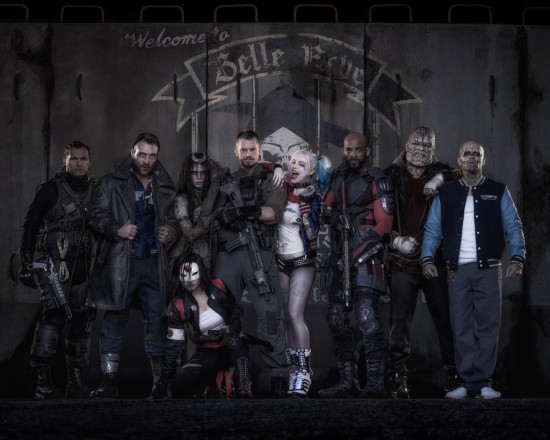 About Rich Drees 6742 Articles
A film fan since he first saw that Rebel Blockade Runner fleeing the massive Imperial Star Destroyer at the tender age of 8 and a veteran freelance journalist with twenty years experience writing about film and pop culture.

Robbie’s Harley Quinn will be returning in GOTHAM CITY SIRENS, but she’s not the only SUICIDE SQUAD character getting a spin-off film. [click for more]

The first official trailer for the Warner Brothers comic book adaptation has been released. [click for more]

The SUICIDE SQUAD helmer is parting ways with the studio over a story take that was considered “too dark.” [click for more]